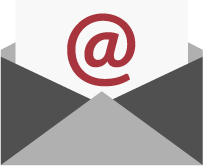 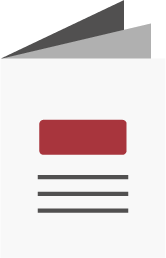 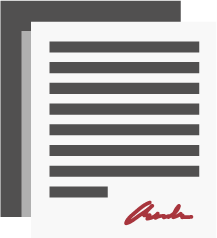 Building an Enduring Legacy
The Museum has several named endowments and funds that support particular programs and initiatives. Many of these endowments were established through bequests.

Donations can be made to support any existing fund or endowment, or to discuss creating a named endowment or fund contact Museum President & CEO Luke J. Swetland at 805-682-4711 ext. 101.

Created by Christel and George Wittenstein to provide an annual income stream to support the Museum's public programming efforts focused on science and nature.
Value as of 12/31/21 $109,089

Thomas Wilson Dibblee Endowment for Earth Sciences
In 2001, the Museum partnered with Mr. Dibblee to publish his extraordinary geological maps, and he designated his estate for the support of the map publishing effort and to establish an earth sciences position.
Value as of 12/31/21 $2,512,038

Robert Dougan Fund for Innovative Education
Mr. Dougan was a librarian, bibliophile, and scholar of Ireland's greatest literary treasure, the Book of Kells. Feeling deeply about the importance of education and scholarship, he provided in his estate an endowment fund to support innovative educational programs.
Value as of 12/31/21 $1,125,696

Endowed in 2002 with a grant from the William Randolph Hearst Foundation, this fund provides resources for college and university students to intern in various positions at the Museum.
Value as of 12/31/21 $183,762

With a generous donation from the Hollis Norris Fund and David and Lyn Anderson, the Museum created the Quasars to Sea Stars Endowment in December 2020 to provide support for the Museum's valuable teen program.
Value as of 12/31/21 $795,664

Howard/Berry Chair of Malacology
The prominence of the Museum's vast shell collection and its scientific research staff is in part based on the support of two eminent shell collectors, Faye B. Howard and Dr. S. Stillman Berry. Both these individuals left as bequests, not only their superb private collections, but also the funds to support the expansion of our Collections and Research Center and to endow this curatorial chair.
Value as of 12/31/21 $1,551,739

Established with a bequest in 2010, the Hugunin Endowment provides general operating support and is held at the Santa Barbara Foundation.
Value as of 12/31/21 $838,454

John and Peggy Maximus Endowment for Antique Natural History Art
John and Peggy funded the creation of a gallery dedicated to antique natural history art and provided for its continued support. A fund is held by the Museum and a second fund is held at the Santa Barbara Foundation.
Value as of 12/31/21 $2,271,364
Value of Maximus Trust held at the Santa Barbara Foundation $2,901,594

Schlinger Foundation Chair of Entomology
Dr. Evert Schlinger was a world-renowned entomologist and a professor of biology. Believing ardently in the importance of museums for both research and education, Dr. Schlinger endowed the Schlinger Chair of Entomology in 2004.
Value as of 12/31/21 $2,208,210

Sam Shapiro went through the Sea Center volunteer training program when he was 12 and, over the next 5 years, volunteered almost 450 hours at the Sea Center. Sam's love and support of the Sea Center continues on through this Fund which supports the Wet Deck's operations.
Value as of 12/31/21 $15,061

Established in 2018 through an estate gift from Jill Vander Hoof in honor of her father, Vetress Vander Hoof, this endowment supports the Library's operations and acquisitions.
Value as of 12/31/21 $2,136,380

Dr. Walford was a research scientist in the field of ichthyology who participated in research trips aboard Museum Trustee Max Fleischmann's boat in the 1930s. The fund was established in 2021 by Dr. Walford's daughter Sarah and her husband Lincoln Hollister to provide operating support for the collection, care, and feeding of the sea life in the Sea Center's Channel Catch Aquarium.
Value as of 12/31/21 $103,526